Electric vehicles (EVs) have seen vast improvements over the years, mitigating many of the concerns shoppers have had about them in the process. Worries about range, reliability, charging infrastructure, and even production have been addressed in some way, with few reasons remaining to keep an EV off your consideration list. Still not convinced? We’re here to help debunk some myths around these all-electric rides. When EVs first hit the mainstream market, their range was a concern since they had small batteries and there weren’t many places to charge them. These two factors have changed significantly, and only a few pure EVs deliver less than 200 km of [...]

Here you can leave your opinion on specific auction experience 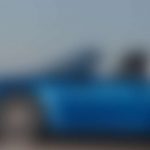 The iNext SUV is on track to become the first system on U.S. roads to utilize conditional automation according to SAE standards.

In a Voluntary Safety Self-Assessment (VSSA) report filed with the U.S. National Highway Traffic Safety Administration (NHTSA), BMW said it plans to introduce what could become the first system on U.S. roads to qualify as “Level 3” conditional automation by SAE’s standards. By way of review, SAE Level 3 involves automated driving rather than driver support features (Levels 0, 1, and 2). Level 4 means that the system controls all aspects of the driving tasks, including when a driver doesn’t respond appropriately to requests to intervene, while Level 5 is entirely autonomous.

BMW’s system is coming with its iNext EV, an all-new, all-electric production vehicle arriving possibly as early as 2021 (Fig. 1). The iNext will feature the automaker’s 5th-generation eDrive system, which is reported to offer up to 530 hp [...] 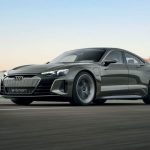 Companies are collecting our personal data from our vehicles and monetizing it. If it’s my car, isn’t it my data?

What follows might look like a bit of a rant, and I don’t want to appear alarmist, but we are becoming victim to our own data and the sky is falling!  Well maybe not, but still …

As consumers we produce millions (billions?) of points of data every day in countless ways, from our shopping choices, to the online searches we do, to the calls we make on our cell phones.  We create data in other ways too, ways that many ordinary people may not fully appreciate.  When we drive our vehicle, when we have an accident, when we go to a body shop for estimates or repairs, when we make an insurance claim, we are creating data.  Companies are collecting this data and monetizing it on a massive and ever-increasing scale.

Presented By: EY Global Services Ltd.
U.S. Car Sales Stay Above 17 Million AgainCarmakers have for the first time topped 17 million car and light-truck sales for five years in a row. They surpassed 17 million units only twice before: in 2000 and 2001.As usual, pickup trucks and SUV/crossovers carried the day, offsetting a relentless decline in consumer demand for conventional sedans. Trucks now account for about 75% of the entire U.S. market for new vehicles.The Cool-Down ContinuesStill, overall volume has been slowly shrinking since peaking at 17.55 in 2016. Last year’s volume of 17.11 million units compared with 17.32 million in 2018, according to company reports.On an annualized basis, fourth-quarter demand in 2019 dropped to 16.98 million units. Whether the market will manage to reach 17 million units again this year is anyone’s guess at …READ MORECar Output in Germany Slumps to 23-Year LowGermany’s auto industry, which depends heavily on exports, is in trouble.The country’s production [...]
Read More ...

Robo-Taxis Will be Available on U.S. Roads Next Year 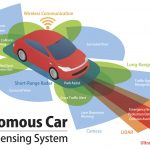 Speaking at Tesla’s first Autonomy Day event,hosted in Palo Alto and designed to show off the company’s self-driving technology, CEO Elon Musk said Tesla expects to start converting its electric cars into fully self-driving vehicles in some markets next year. It’s part of a plan to create a network of robotic taxis to compete head-to-head against ride-hailing services such as Uber and Lyft. Musk further boasted that “probably two years from now, we’ll make a car with no steering wheels or pedals.”

In its ride-sharing vision, Tesla cars were not in use. Rather, Tesla would allow owners to put their cars into the service via their smartphones, with the company taking 25% to 30% of the fare. Tesla would provide vehicles in areas where not enough people share their cars.

Musk predicted that the company’s system of computers, software, and neural-network object detection and depth recognition would get regulatory approval to operate in California toward the end of 2020.

Unlike self-driving cars from Uber, [...] 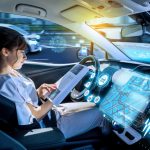 Authonomous vehicles are our future. ‘No driver necessary !’ – that is industry ultimate goal. But if you were trying to do simple Do It Yourself : change brakes or tires it might be not easy because of sensors and vehicle protection system to look after your “safety” will flag any unauthorized service event. And if you will not assemble parts exactly as they should be or use aftermarket parts to save on the repair cost – your car will not move or will show errors on the dashboard and most likely report that event to the vehicle manufacturer.

Below is an article which describes all systems inside of authonomous vehicles planned for us in near future.Think twice!, cost of convenience of self driving cars are going to be high.

Electric Cars are our future

The station’s 450-kW charging capacity allows for a significant reduction in charging times.

Fast, convenient charging solutions increase the attractiveness of electric vehicles (EVs). Recently, the research consortium FastCharge presented a prototype for a 450-kW output charging station in Jettingen-Scheppach, located near the A8 motorway between Ulm and Augsburg, Germany. The charging capacity of the new fast charger is three to nine times as high as what’s currently possible with dc charging stations today.

The prototype Porsche Taycan used in the demonstration has a net battery capacity of approximately 90 kWh and achieved a charging capacity of over 400 kW.  (Source: Porsche)

At this ultra-fast charging station, electrically powered research vehicles from BMW and Porsche created as part of the project demonstrated charging times of less than three minutes for the first 100 kilometers of range or 15 minutes for a full charge (10-80% state of [...]

When you look for new ore used crossover SUV’s there are few questions in your mind:

Below are several answers which You can consider when buying cross over SUV from USA, If you have any questions about importing vehicle from USA into CANADA please call or email : HERE

When you consider the popularity of crossover SUVs, it seems hard to comprehend that they have only really been around for 15 years or so. There were a few SUVs that could be called crossovers that were released before then, but all the major auto manufacturers started making their crossovers at roughly the same time in the early 2000s.

Crossovers quickly became quite popular for several different reasons. They offer a unique style that is different from any other class of vehicle on the road. They also offer the spaciousness of SUVs with the maneuverability and [...]

How to import car from USA into Canada?

The expense and work required to import a vehicle is substantial.  However, if you are making a purchase of a vintage car or another vehicle with sentimental value then keep reading.

Below we describe the steps for importing a personal vehicle less than 15 years old which is purchased in the U.S.  and brought into Canada. If you are bringing the vehicle in for resale, commercial use, parts, or salvage, an entirely different set of rules apply and you should review the Registrar of Imported Vehicles (RIV) website carefully.  There are also some differences on the rules for for buses, motorcycles and other types of vehicles. If your vehicle is a vintage car or otherwise exempt from the RIV process you will still need to [...]